LA Holiness: The Past 100 Years

In November 1919, a great revival occurred at the Yodobashi Holiness Church in Tokyo. Bishop Juji Nakada was the one who started the movement. This revival was just one month after his son, Ugo Nakada, came to Los Angeles. . . The news of the revival in Japan would have reached Ugo, and he would have been encouraged greatly as he led Bible studies in the U.S. The gatherings that were primarily focused on Bible studies started to increase in its spiritual energy, and a small revival eventually happened. It was the first revival among the Holiness Churches in North America. During the first revival, people received salvation as they prayed with tears and confessed their sins, while others experienced holiness after giving their entire bodies and souls to the Lord. The majority of them received calls to become evangelists. This revival eventually led to the beginning of the Rafu Church. The youths were changed. They could not stay still. They started street evangelism activities on the corner of East 1st Street and San Pedro Street in Little Tokyo after their 3 pm church service at the Whittier Church. 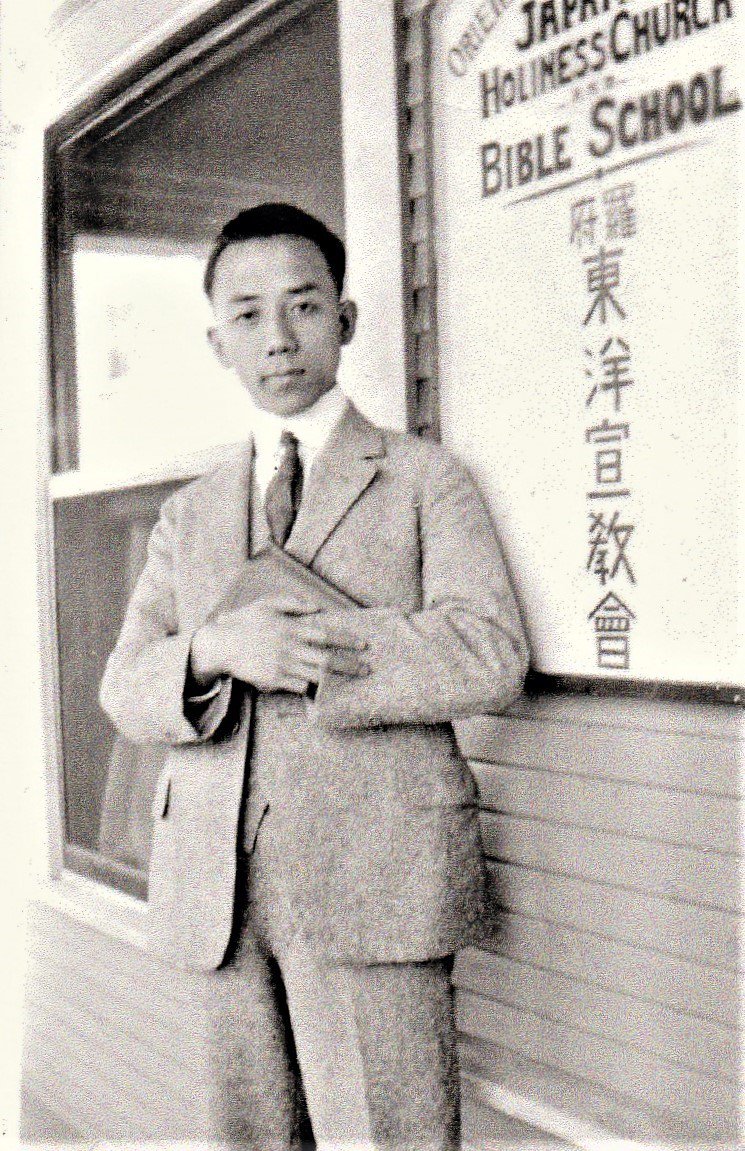 On Saturdays, they rode on a car (Ugo called it “boro-gata Ford,” meaning an old, worn-out Ford) that Ugo or Yahiro drove, going to San Fernando and Montebello, and reaching out to Japanese people who were scattered in the suburbs of Los Angeles. They called their ministry the chiho-dendo (the local evangelism). Japanese people in the suburbs owned farms, and they cooked feasts for them, appreciative that they were their children’s Sunday school teachers.

These youths united their hearts toward the establishment of the Holiness Church after their eyes were opened to the greatness of their holiness faith. They must have been like the disciples on the road to Emmaus whose hearts were burned within them (Luke 24:32). Ugo nostalgically remembered the experience later and wrote lyrics to Murano Chiisaki Kyokai (A Small Church in the Village). There was no greater time than the beginning period of the church when the Holy Spirit worked so dynamically among the people. 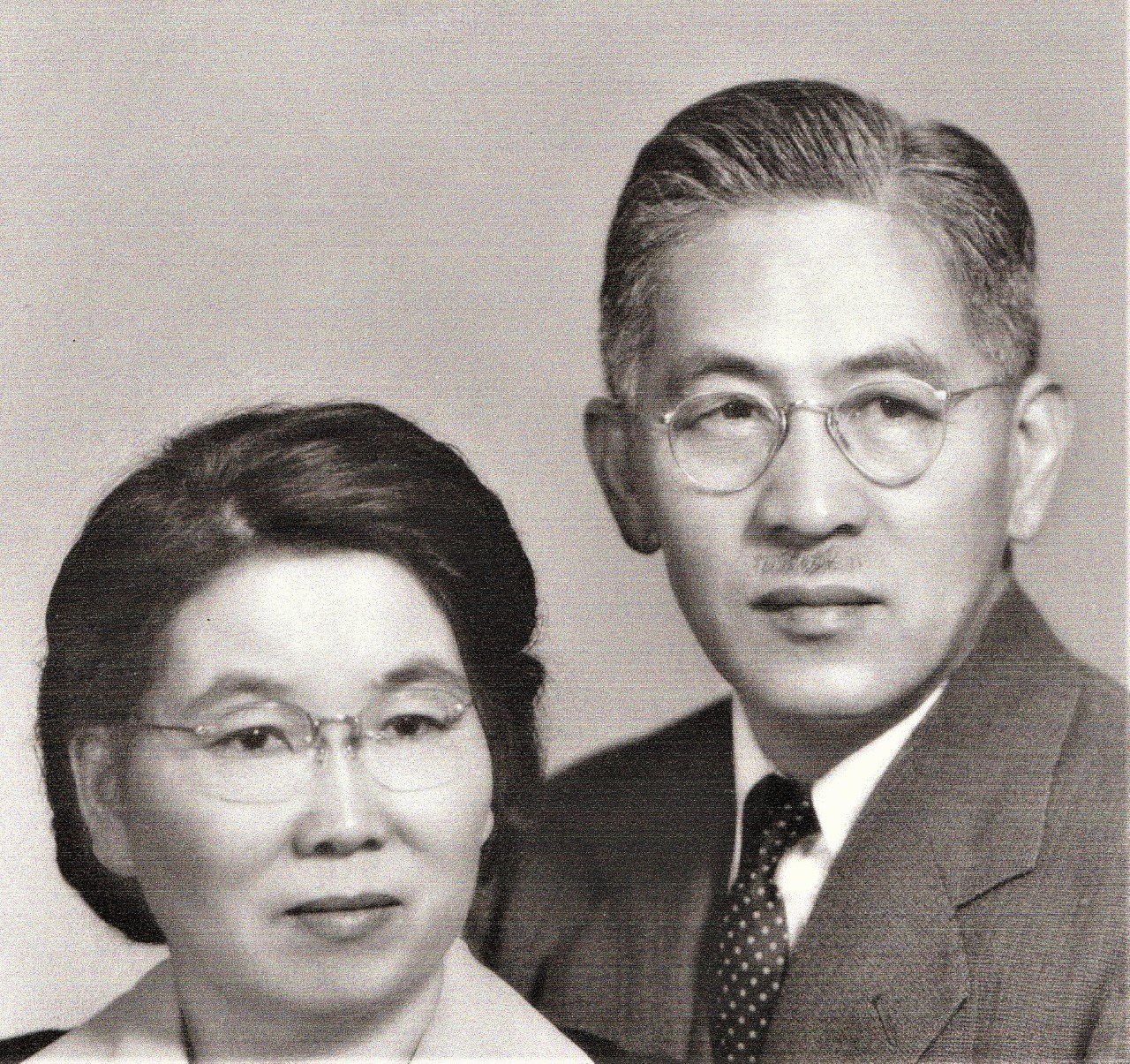 Hatsu Yano, George Yahiro, Teru Sakuma, Toshio Hirano, and Goichi Okamoto played a central role in establishing the Rafu Church. The author will call them the “Holiness Five.” Hanako Yoneyama and Aya Okuda also contributed to the establishment of the church. Hanako later married Haruichi Sugiyama of the Salvation Army and became the mother of two children. She played trumpet during street evangelism gatherings. Aya Okuda established the Japanese Free Methodist Church in Mesa, Arizona in 1930. She taught Japanese language lessons to neighborhood children while reaching out to the people in the area It was probably because pastor Ugo was concerned for the future of these youths who loved holiness and committed them into the hands of his father, Juji Nakada and the OMS president and Juji’s coworker, Charles Cowman and his wife Lettie. The Cowmans lived across the street of the OMS national home office in Hollywood. The Rafu Church was about to be established under Bishop Juji Nakada, so it was thought that it would be the most suitable place for the church. 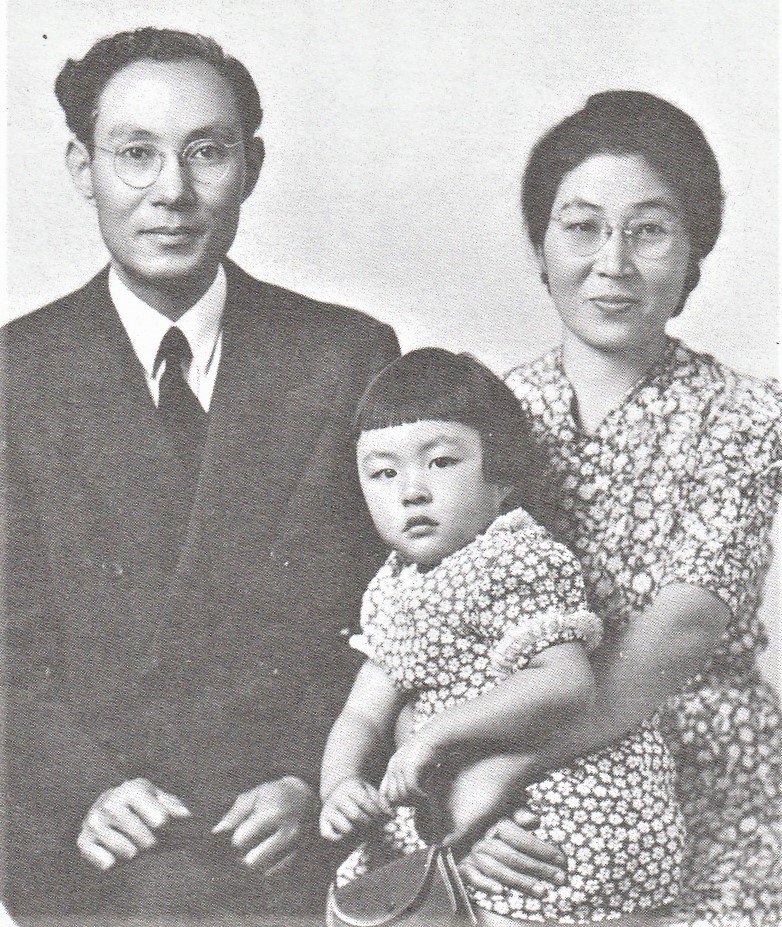 One of the reasons the Japanese youths started their own church at the Trinity Missionary Church was their desire to establish a holiness church, which grew stronger after hearing Juji Nakada preach on holiness and attending the Bible Institute, based on the holiness faith. It also may have been because one of the professors at the Bible Institute was a Quaker, who might have encouraged them to establish a holiness church. 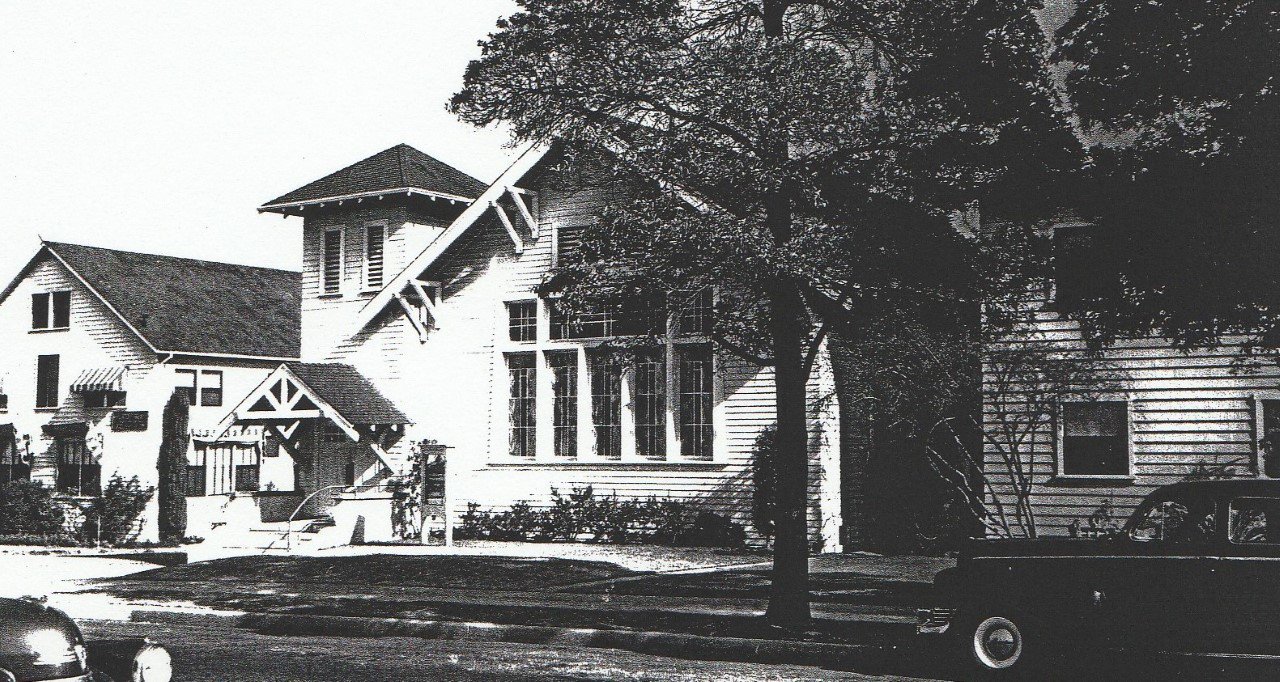 Rev. Sadaichi Kuzuhara called to be the first official pastor

Before Pastor Saidaichi Kuzuhara completed his studies at the seminary, he left for Los Angeles in June 1921 after he received an appointment from Bishop Juji Nakada. . . Kuzuhara trusted that his order to go to Los Angeles was a calling from God Himself. Kuzuhara devoted his everything for the Holiness Five, the Rafu Church, and church planting from that point on with the Fourfold Gospel as the foundation of his ministry. Our Conference today is the fruit of his deep devotion. We can imagine from his writing how excited Kuzuhara was. The outreach for Japanese in seven neighboring areas including Gardena and Long Beach started three days after his arrival. It has been said that the team used Yahiro’s old open Ford Model T, a type of car that had to be cranked to start the motor to visit these cities, since there was no church car. The youths all sat in the car, squeezing Kuzuhara in the middle, yet said they did not feel crowded. Traveling for evangelism with Kuzuhara as the leader was like the modern day version of the Acts of the Apostles. Our hearts burn within as we imagine the scene. According to Kuzuhara’s diary, the outreach evangelism in San Fernando “ended in failure as I [he] preached on the earnestness of Yaso (Jesus Christ), which was too serious.” 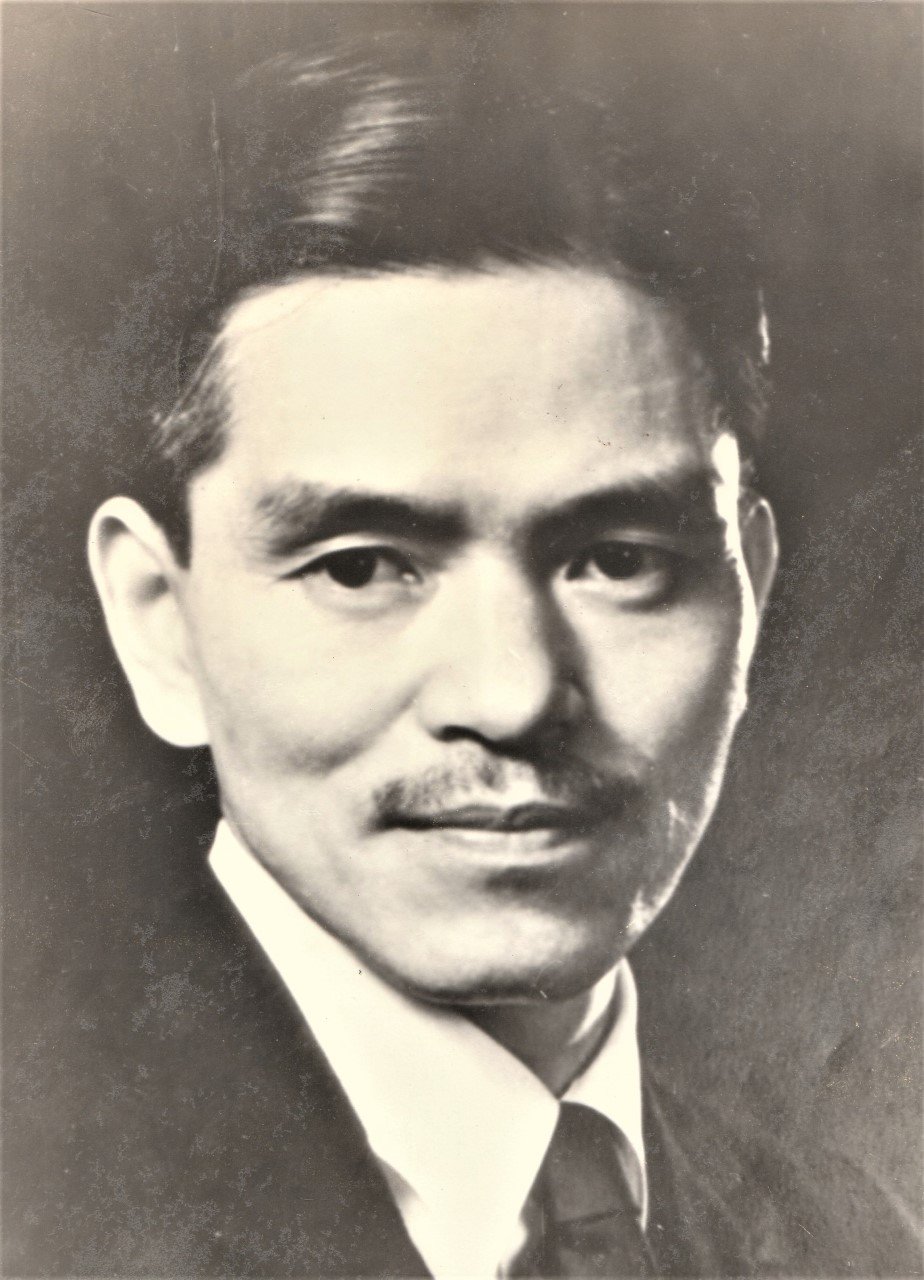 Moved to be with Japanese people

The church moved to 1564 West 36th Street (on the corner of West 36th and Denker Streets) in the Southwest district in late September 1921. A large number of Japanese people lived in the area, and church attendance doubled after the move. The west side of the church building was a lonely place where cauliflower fields fanned out and where coyotes cried at night. The church building was so small that they had to use the living room as well as the bedrooms for

On Sundays, they folded their beds and put them in the kitchen. They also hung three white sheets on the wall behind the pulpit to make it look presentable and laid carpets on the floor. The temperature was especially low during that particular winter. Okamoto and Sakuma did not have enough bedding. They lost sleep because they could not keep their feet warm. They even used newspapers to keep off the cold, yet the newspapers made sounds whenever they turned. People started calling their beds the “cricket beds.” The church was called the “heaven row house,” and it became the place where the youths received their emotional support. The meals were also very simple. Kuzuhara poured stew on cold rice for meals.

The priority was to live and proclaim Christ. The church started as the OMS Rafu Church; a gathering place for students without income. The daily lives of the workers were unavoidably frugal. 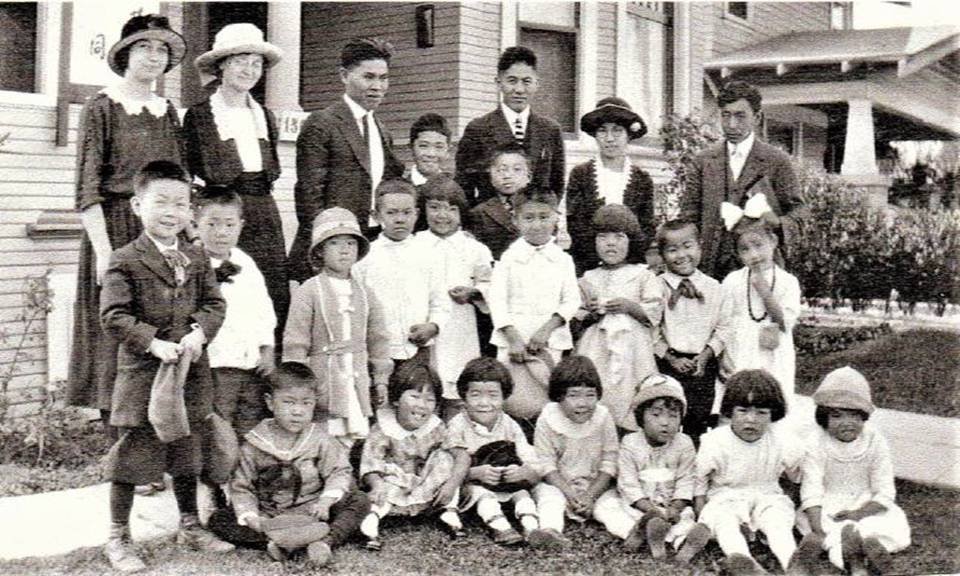 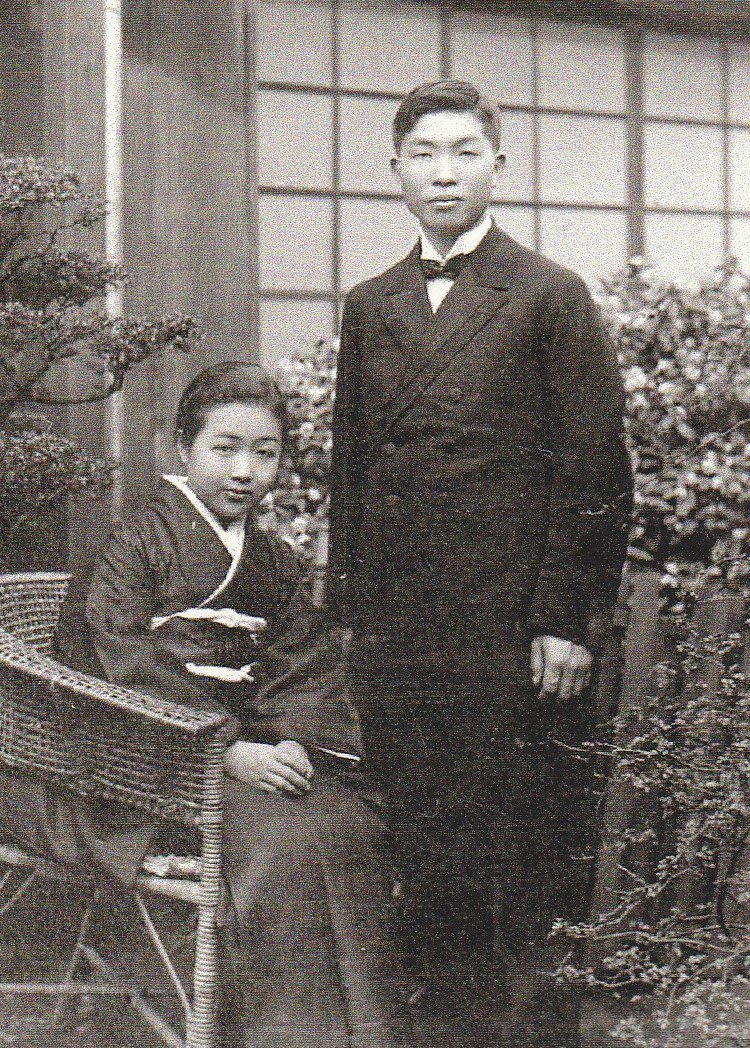